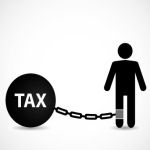 Common Reporting Standards are coming to a place near you. It is not just the wealthy that need to worry……! The International Consortium of Journalists (ICJ) unearthed a global can of worms with allegations of large-scale tax evasion following their investigation into what are now known as The Panama Papers. Slowly, governments around the world are working through the information and the tax affairs of some of the wealthiest people on the planet are being closely scrutinised. Complex constructions of offshore companies and trusts have always been very difficult to challenge as the super-rich employ the world’s best and most expensive tax advisers to defend what they consider normal tax planning opportunities. With the introduction of Common Reporting Standards, the net is closing in.

There is a fine line between perfectly legal tax avoidance schemes and downright evasion, with a huge grey area straddling the border between the two. It all comes down to the interpretation of local and international tax regulations. It is envisaged that many high-profile cases will be brought before the courts in the coming years. Meanwhile, the USA government introduced FATCA (Foreign Account Tax Compliance Act) which seeks to ensure that all relevant US persons declare their income, wealth and assets correctly. One of the main objectives of FATCA was to facilitate international co-operation with regards to the ‘exchange of information’.

In a similar vein, the EU has enacted the European Savings Tax legislation, which obliges EU countries to exchange information regarding the residence of citizens. In a nutshell, someone living in one EU country who holds assets in another can’t escape local tax regulations by not declaring these holdings; the financial institution in the second country now has to inform his/her local tax authorities of the person’s address.

The latest international initiative aimed at further tax transparency, developed by the OECD and G20, is the Common Reporting Standard (CRS). The CRS has slipped under the radar for many, however we are now only weeks away from proposals being written into law for the first tranche of countries on the 1st January 2017. The Panama Papers will probably only affect a tiny percentage of the population, whereas FATCA is mainly aimed at Americans. The CRS however is much more far-reaching and will slowly infiltrate most people’s financial affairs.

The legislative process can be found in a recent OECD document and is summarised as:

Full details of who is affected by the common reporting standards and which financial instruments are to be reported can also be found in the OECD document. However, it is safe to say that almost everyone’s income, investments, assets, offshore pensions and accounts will qualify, and almost every variety of financial institution must comply. This will include beneficial ownership arrangements where some individuals retain an arm’s length relationship with their money.

As this net closes in, there is little anyone can do to avoid being trapped. But, are there any opportunities available?

One part of the OECD document that catches the eye is in the section that sets out the aims of the legislation. Apart from the obvious issues regarding proper declaration and collection of tax, it also states the objective of improving education regarding tax law. Knowing what is and isn’t allowed for people to legally avoid unnecessary taxation, along with which assets should be declared and which shouldn’t be, is fundamental to everyone’s personal financial/tax planning. My feeling is that tax-payers will indeed be given some leeway with regards to getting their house in order, but this won’t last forever.

One such perfectly legal way of avoiding wealth tax for French residents is the 5-year rule. This is only available to those who have moved to France and applies to the first 5 years of residence. If investments are held in a foreign account and the individual hasn’t previously been French tax resident, there is no requirement to pay wealth tax on this money in the first 5 years of residence. Assurance Vie contracts are an ideal way of creating or maintaining an investment portfolio and have many other tax benefits as well.

In general, governments like insurance-based investments as they are safe, good for the economy, and mean individuals will be less reliant on the state to provide retirement income. Tax declaration doesn’t have to be a complicated job either. Many international insurance companies will take care of all calculations on your behalf and pay tax directly to the authorities whenever a taxable event occurs. This saves time and the expense of employing a tax adviser to do this for you.

In summary, we are all going to have to put our tax affairs in order in the coming years; starting now is better than delaying. Eventually, penalties for non-declaration will increase and punitive taxation will be applied. Talk to your tax and financial adviser about the new requirements for the Common Reporting Standards, and where you can legally avoid paying more tax than necessary.