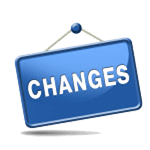 It is important to keep up to date on the latest developments in QROPS legislation. Nothing seems to stand still in the world of UK pensions. The new flexible pension regime announced in the 2014 Budget has had a knock-on effect on another area of the UK pension industry i.e. Qualifying Recognised Overseas Pension Schemes, otherwise known as QROPS.

There are an estimated 5.5 million British people living overseas. This equates to almost one in ten of the UK population. Therefore, it is important that any change in domestic legislation mustn’t harm the retirement planning of those living overseas.

By the same token, it is also important that foreign nationals who have worked and paid tax in the UK are allowed to transfer their UK pension savings to a pension scheme established in another country, on the provision that the overseas pension scheme meet certain conditions outlined by HMRC.  Pension transfers can be made free of UK tax (where the transfer is subject only to a charge on any funds above the lifetime allowance, currently £1.25 million.)

A draft Statutory Instrument published by HMRC on 19th December 2014 recognises the need to align the treatment of members of UK registered schemes with those of overseas schemes. The objective is for the QROPS regime to be consistent with that of UK pension legislation.

The latest developments in QROPS legislation include the following:

It will be interesting to see how existing QROPS jurisdictions respond to these new developments. Some jurisdictions already comply with the above requirements; others will have to amend their legislation in order to offer a flexible benefit structure in line with that of the UK. Both Gibraltar and Malta have taken steps to amend their pension rules to facilitate the new freedoms.

It is important to examine what the market needs in order to achieve good outcomes. As such, the draft Statutory Instrument was subject to a four-week consultation period with the finance industry, which ended on 16th January. It is now up to the policymakers to instill confidence in the QROPS market by having the necessary checks and balances in place so as to create an even playing field. We will keep you informed of the progress of this new pension legislation as it takes shape.