As we near the date of Brexit, there is a rising interest in UK pension transfers and also a demand for low cost QROPS solutions. The market for Qualifying Recognised Offshore Pension Schemes (QROPS) as a vehicle for UK pension transfers has developed significantly in the last few years. Changes in UK Government pensions legislation, with the introduction of flexible access and increased freedoms in taking benefits, have meant that QROPS providers have had to change their offerings to reflect the new legislative environment.

Before the UK pension freedoms legislation of April 2015, ‘capped drawdown’ was the only option for individuals to take income benefits without purchasing an annuity. For expats, capped drawdown rules required QROPS to be structured using the 70/30 method whereby 30% could be taken as a Pension Commencement Lump Sum (PCLS), and the remaining 70% could then be used to provide an income based on a maximum of 150% of Government Actuarial Department (GAD) rates. GAD rates are loosely based on annuity rates. For example, if the GAD rate for someone at age 65 wishing to take pension income was 3% per annum, the maximum payable would have been 4.5% p.a.

Pension freedoms introduced the concept of ‘flexible-access drawdown’, which effectively made capped drawdown redundant. Simply put, flexible-access drawdown means retirees can now withdraw any amount they wish as income, although they must pay tax on amounts over and above the 25% tax-free PCLS. Expats should note that the PCLS would be taxed according to the country’s rules in which they are resident, so they might not be tax-free.

The next change many QROPS providers had to make was to adjust the maximum PCLS allowable under their scheme rules to 25% rather than the 30% previously offered. Once again, this was to ensure QROPS comply with UK legislation, meaning no loss of QROPS status. 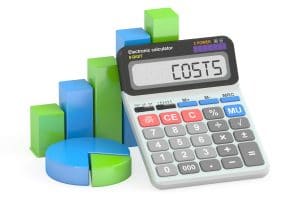 The emergence of low cost QROPS

The cost structures of QROPS have also evolved as a result of the increasing competitiveness of providers. QROPS, although an attractive proposition, has often been considered a little expensive for smaller pension pots with fees ranging from £800 to £1,500 per annum. The initial one-off establishment fees can also be as much as £1,500. As a result, QROPS become prohibitively costly for anyone with a pension pot of less than £100,000.

A combination of competitive pressure and innovation saw the introduction of the ‘QROPS Lite’. QLite plans were designed to make a transfer to a QROPS much more cost-effective by reducing the initial fee and ongoing annual charge. Some restrictions inevitably apply, such as the maximum transfer allowed, but the fee range has reduced considerably.

Low-cost QROPS Lite plans can now be accessed with pension pots up to the value of £200,000, although many have an upper limit of £100,000. Initial set-up charges are in the region of £300 with annual fees of £500. This means that a lot more people can now access the benefits of QROPS at rates that represent good value for money.

There is still the question of what to do with even smaller pension pots? Enter the Superlite QROPS! Superlite plans tend to have much lower maximum transfer-in values of up to £40,000. Fees are in the region of £250 for the initial set up and £250 per annum. There are other restrictions, including access to investment providers.

A range of solutions

QROPS now offer a range of solutions for anyone wanting to benefit from increased currency options, a wider range of funds, potentially more effective Inheritance Tax treatment, and avoiding other UK taxation such as the Lifetime Allowance charge.

Everyone should review and reassess their pension and retirement position regularly. It may just be that significant savings can be made for those looking for a home for a series of small pots or simply removing their pensions to avoid any undesirable Brexit outcomes.

AXIS Consultants can help you find the right low cost QROPS by taking an in-depth look at your current arrangements and examining available options that will both save you money and improve your retirement strategy.