There could be a showdown over pensions and Brexit at some stage in the near future. Pension providers and advisers have become accustomed to their clients being used as de facto cashpoint machines by the UK government treasury department. With each passing budget or spending review, the government seeks to raise funds. On too many occasions, pensions are targeted. Rarely do we see headline-grabbing announcements; it’s been more a case of a Chancellor stealthily stalking their prey, then striking with surgical efficiency to either reduce benefits further or increase taxes and costs.

In the last five years we’ve seen huge reductions in the Lifetime Allowance, the imposition of the Overseas Transfer Charge, and reductions in the amount allowed to be contributed whilst still benefiting from tax relief. There has also been legislation forcing individuals to take sometimes very expensive advice on defined benefit transfers (whether they want it or not), an increase in the reporting requirement from 5 to 10 years and reductions in the dividend allowance. All this has been taken place against a backdrop of continuing low interest rates and bond yields. The result is that defined benefit schemes are being squeezed further, as members seek to ‘transfer out’ and trustees are obliged to offer inflated Cash Equivalent Transfer Values (CETVs).

The UK Prime Minister recently announced that everyone will have to pay more tax to fund the NHS; I wait with bated breath to see if pension pots come into this equation. The ‘Brexit dividend’ claim seems to have been comprehensively debunked, with government departments fighting their corners for increased funding. Something has to give, hence the rumour that higher rate tax relief could either be removed or severely reduced. Pensions and Brexit may prove to be inextricably linked!

It’s all well and good to say that those with the broadest shoulders should bear the heaviest burden. It is important however to note that the higher paid are also the highest spenders; an economy needs people to spend money or else it can grind to a halt. We witnessed this in London in the late 80s and early 90s after the stock market and property crashes. As such, if we reduce the income of higher earners, the economy is likely to suffer!

Hitting pensions once again may also generate unwarranted conflict. All governments in recent times have promoted private pension saving. It therefore makes sense to reduce the state’s role in pension provision. It is however becoming more evident 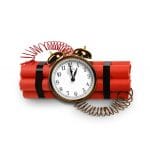 by the day that the state is destined to struggle in the long-term as a result of the ageing population/demographic time-bomb. Unless there is a significant shift in the birth rate and/or longevity in the UK, this problem will only become worse; the state is caught in a Catch-22 situation. What people are increasingly becoming aware of though, is how easily a Chancellor can suddenly change the rules; this has direct consequences on real people’s retirement planning.

For those of us who live abroad, the situation is amplified even further. We have the potential double-whammy of being subject to both the UK government and our home country’s seemingly ever-changing regulations. Thankfully, dual tax treaties are in place which ensure that no one is taxed twice on the same money. However, complicated and opaque domicile regulations can mean that both countries will claim tax on the proceeds of an estate being wound up following the death of a loved one.

There is no ‘one size fits all’ solution to these and a multitude of other issues, which we are increasingly being expected to plan for. However, planning for a ‘most likely’ scenario in a way which is flexible enough to be adapted if/when necessary, has to be the most sensible route forward.

For expats concerned about the government raiding their UK pension pots again, QROPS could provide the ideal solution. Over time the UK will have less influence over expat pensions. If Brexit doesn’t go as well as planned, a QROPS can provide an effective shelter from future tax-grabs at what has proven to be very low-hanging fruit indeed!