As we reach retirement age many of us consider the prospect of retiring abroad. There is no secret formula as to which country, region, coastal area or city is the best retirement destination. This is a matter of preference.

Spain’s sunny climate and beautiful beaches attract many British retirees. With beautiful cities such as Madrid and Barcelona, the rolling countryside of Catalonia, historic areas like Toledo and islands including Tenerife, Ibiza and Menorca, there is plenty of choice. 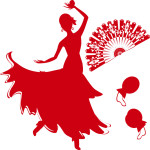 A high quality of life, coupled with a relatively low cost of living makes Spain an attractive proposition for British retirees. Spanish culture is rich and comes in many guises. If you like music there are many fiestas; for food there the wonderful tradition of tapas which are a great way to sample local specialities; there is also the traditional sport of bullfighting.

The Costa del Sol, in the region of Andalusia, is the most popular part of Spain for many British retirees. Its Mediterranean climate enjoys temperatures of between 25ºC and 30º C in the summer, whereas in winter they generally never go below 14º C during the day.

There are a multitude of recreational activities to suit all ages and interests including nature reserves, water-sports, theme parks etc. Whatever your favourite past time, you will be able to find it here.

Those who are more attracted by Spanish culture may opt for the seaside resort of Malaga, with its museums, shops, and ancient history. The surrounding local villages are renowned for their fiestas, and flamenco music and dancing. A fast and modern rail infrastructure links Malaga to the rest of Spain. The rail network is complemented by bus services that crisscross the region connecting Malaga with towns and villages all over southern Andalusia. The province of Malaga is also famous for its whitewashed villages such as Gaucin and Casares, which are a picture postcard reminder of the ‘Spain of old’.

Another favourite location for British retirees is the Costa Blanca on Spain’s east Mediterranean border.  Valencia, Spain’s third-largest city, lies at the north end of the Costa Blanca. It offers a smaller, and yet more intimate package than Madrid or Barcelona. It has all the amenities of a major metropolis, concert halls, museums, along with a vibrant lifestyle. The Costa Blanca stretches southwards to Alicante. Both Alicante and Valencia have an international airport, and offer excellent bus and rail connections. If you prefer natural opens spaces, you may consider retiring 75 km south of Alicante to the city of Murcia which is embedded between the spectacular mountains of the Sierra de Orihuela and the Cresta de Gall.

An hour north of Valencia is the Costa de Azahar otherwise know as the Orange-blossom coast. It boasts of acres of orange and almond groves, as well as sandy beaches. This area is largely untargeted by foreign vacationers and homebuyers; its sierras are exceptionally beautiful at sunset, when they take on a rosy pink glow.

Retiring on the Costa Dorada

For those who prefer big-cities, Barcelona is always an attraction. However if you wish to get away from the hustle and bustle, you have the option of a short journey south to the Costa Dorada or ‘Gold Coast’, and the beach towns of Castelldefels, Sitges, and Vilanova i la Geltrú.

If Golf is your passion, then Spain is a golfer’s paradise. There are approximately 500 golf courses in Spain, with over 70 to be found in region of Andalucia. 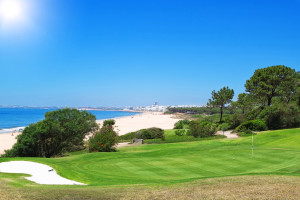 The world is now a smaller place with a much greater variety of retirement destinations available to us.  As such, you no longer need to say farewell to your family forever if you decide to relocate overseas. It is important however that you take into consideration all the financial aspects of becoming an expatriate, and in particular that of your pension arrangements. If you are retiring to Spain it is possible to have your UK pension transferred overseas. This can be done using a QROPS wherein you will have access to the proceeds in your currency of choice as opposed to being limited Sterling. In the event of your death, the use of a QROPS will enable you to pass what remains of your pension to your ‘loved ones’ as opposed to leaving it in the UK where it would be taxed. Find out more about transferring your UK pension to Spain by completing the form below.