You are here: Home / QROPS Spain / Retiring to Tenerife

Tenerife is the largest of the Canary islands with a total number of inhabitants of 898,680 at the last census taken in 2013

Many expats live in Tenerife including French, German, Russian and Italians; the largest expat population however is that of the British, with 45,000 nationals residing there.

If you are thinking about retiring to Tenerife, you need to be sure that you can afford to do so. It is important therefore that you have a proper understanding of your options in terms of retirement planning.

It is possible to keep your nest egg safe whilst at the same time have it grow. With the correct vehicle, you can make your UK pension work for you and also draw a regular monthly income in Euros. Qualifying Recognised Overseas Pension Schemes, otherwise known as QROPS allow British expatriates to transfer UK pensions abroad. Benefits include:

In the first instance you need to find out what QROPS can do for you. For more information please visit our section on QROPS Spain: Pros & Cons.

In the case of ill health, it is possible to use the European health care facility. To do this you need to have a European blue health card. On presentation of the card, all charges will be handled automatically by the local authorities. The alternative is to go to a private doctor or clinic, wherein you must pay upfront and thereafter apply for a refund in your home country.

The average price per m² to buy an apartment in the city centre in Tenerife is circa £1350. This is about 45% cheaper than in the UK. Once you have found a suitable place and your offer has been accepted, you will be asked to deposit 10% into the sellers account. At this stage it is necessary to appoint a lawyer to represent your interests. The cost of this is between £1200 – £1500. The lawyer will apply for a ‘Nota Simple’ from the local Land Registry. This document informs the lawyer of any charges, mortgages or embargoes on the property. You should note that in Spain, any outstanding charges or mortgages become yours when you purchase the property.

The next step is the signing of the ‘purchase and sale agreement’ or ‘Compraventa’. The contract includes a full description of the property including the total land area and building size. The purchase price and associated fees are highlighted in the contract along with an inventory of fixtures and fittings. There is also a ‘Clause Crio’ or ‘let out clause’ to protect the buyer should he/she be unsuccessful in securing a mortgage and to protect against gazumping or from sellers withdrawing from the sale. Most estate agents will provide an English translation of the contract.

It normally takes between 4 to 6 weeks for the transaction to complete. The final deed sale is called the ‘Escrituria’ and is signed by the buyer, seller and Notary. It is vital that the transaction is completed within the agreed time; should you fail to do so you will forfeit your 10% deposit.

Once the final deed sale is signed, you are obliged to pay the following taxes:

When these costs are settled you will be the proud owner of your ‘place in the sun’.

Cost of living in Tenerife

Data provided by Numbeo.com on the cost of living in Tenerife suggests that it is relatively cheap to live there compared to the UK. Rent prices in particular are almost twice as high in the UK. The findings of Numbeo include the following:

The cost of petrol in Tenerife is equivalent to £0.75 per litre as opposed to £1.12 per litre in the UK. Basic utilities such as heating, electricity, water and garbage collection for an average apartment of 85m² would cost the monthly equivalent of £70 as opposed to £134.14 in the UK. Meanwhile, telephone landline rentals are circa £13 per month, whilst internet services are circa £27 per month, which is about 30% more expensive than the UK.

The unbeatable climate is one of the greatest deciding factors for people retiring to Tenerife. Sea air and ocean water is good for the body and soul. Tenerife is often referred to as the island of eternal spring, where the sun shines for 365 days a year; sunsets are often spectacular.

The sand on Tenerife’s black seashores have a high mineral content; this is good for the health of retiring expats. The myriad of walkways in towns by the seaside and in the Tenerife national parks offer plenty of opportunity for light exercise. For those looking for a bit more exertion there is an abundance of water sport activities to be enjoyed. There are 8 golf courses on the island and numerous tennis and badminton facilities. Whether you are interested in sports, socialising, etc. clubs of all descriptions can be found in Tenerife.

Fresh produce such as vegetables and fruit can be sourced locally. There are many subtropical varieties of fruit like oranges, lemons, mangos and the papaya which is rich in vitamin A. The island’s own fisheries provide fresh fish daily. Wine is grown and sold at affordable prices. Dairy products excel with excellent, locally made cheese.

It is estimated that there is one bar or restaurant for every 7 residents in Tenerife. The island offers a full range of international cuisine from Chinese, to Indian, to Italian restaurants. However, traditional restaurant/tapas bars can be relied upon to deliver top quality food at relatively low prices. Many expats in Tenerife argue that it is cheaper to dine in traditional Canarian restaurants than to cook for themselves at home.

In order to get the most out of retiring to Tenerife it is important to make an attempt to learn the native language. This plays a crucial part in making friends with the local people and feeling at home.

You can read a selection of Spanish papers free online; alternatively you can listen to the local radio station. This will keep you abreast of events on the island and also help develop your language skills.

A good way to meet people is to go out a lot to cafés and mingle. Most socialising in Tenerife is done in restaurants or cafés. It is in international cafés that you are more likely to hear about private clubs for playing card games or where you find tennis or golf partners, or a recommended electrician.

QROPs for your pension transfer

All of our Pension Guides are designed to help you  make the right decisions for your retirement. We are available for a free consultation if you need further advice. 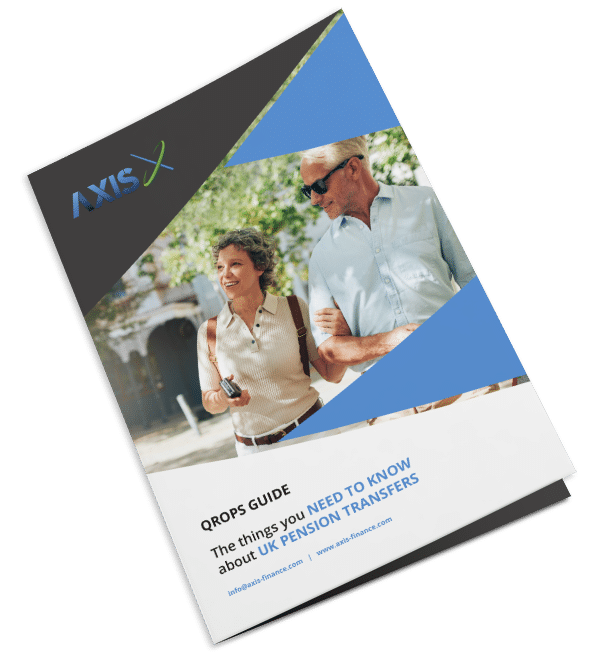