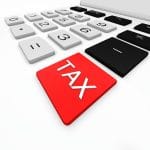 I’ve been scratching my head and trying to think of the benefits of the new UK tax on pension transfers overseas to the UK exchequer. Almost everywhere I look I see either exceptions to the rule, unfair taxation and future financial insecurity. To recap, the Chancellor recently introduced a UK tax on pension transfers overseas; this includes transfers to QROPS. The tax is a staggering 25% of the pot. Exceptions were thankfully made for individuals living in the same country that the pension scheme is transferred to, and where both the individual and the scheme are resident in the EEA.

There are gaps in the legislation

It may be coincidental, but the UK signed a Dual Tax Treaty (DTT) with the UAE at the end of 2016. The treaty stated that pensions transferred out of the UK on behalf of people living in the UAE could be accessed tax-free. It may seem unfair that individuals can profit in this way, given that they have already benefited from tax relief on pension contributions in the UK. Tax relief has primarily been about encouraging people to save for their retirement via pension plans. There is indeed a ‘quid pro quo’ in that relief is retrieved as pensions are taxed on retirement. In the case of the UAE, being able to access your UK pension via an international Self Invested Personal Pension(SIPP), as opposed to a QROPS, allows individuals to benefit from tax relief at both ends.

The situation becomes more complicated when we examine DTT’s further afield. For example, the UK/USA DTT states that pension benefits should be taxed/treated in the country a person retires in the same way that they would be treated in the country of accrual. As such, if someone were to build up a pension in the UK, then retire to the USA and transfer to an overseas US$ environment, he/she would be able to take the 25% Pension Commencement Lump Sum tax-free in the USA. The new overseas transfer tax appears to contravene this rule. Presumably, the Chancellor has made arrangements to make this new tax an exception to the DTT. Who knows? The industry wasn’t consulted, and no one has any idea whether this sort of predicament was considered.

Issues relating to the Lifetime Allowance

The danger for anyone in the above situation is that they might feel forced to leave their pension in the UK, in Sterling, and accept the inherent currency risk that this creates. Transferring to a SIPP would be a possible solution. However, this can cause other concerns, in that the individual will not escape the Lifetime Allowance (LTA) tax charge if either the fund is more than £1,073,100 or grows to that value in the future. To make matters worse, there is the possibility that the UK government may decide to reduce the level at which the LTA is payable even lower. They, unfortunately, have a track record on this issue, as the LTA has gradually been eaten away from a high of £1.8m to the present level.

Brexit and the value of Sterling

It is difficult to know what will happen to Sterling now that Article 50 has been triggered and Brexit negotiations are about to start. The markets appear to have factored in a weak pound at the moment. The future direction of Sterling will likely be linked to the outcome of Brexit and the reaction of the UK economy to it. Most retirees prefer to receive benefits in the currency they use from day-to-day. The choice of currency is, therefore, as important an investment decision as asset allocation.

Tax on pension transfers overseas and the 5-year rule

There are also concerns for those who transfer their fund to an EEA country and thereafter move to a country outside of that area within five years of the pension transfer. Such a decision could be made as a result of a new job, a new partner, or a desire to be closer to family. However, the initial transfer of a pension overseas would have been done in good faith and under the assumption that no new taxes would be charged!

Once again, we are faced with a pension reform that presents more questions than answers. If the tax on pension transfers overseas was really targeting people retiring to the UAE, or anywhere else where benefits can be taken tax-free, why not base the tax on the residence of the individual rather than the pension scheme i.e. a QROPS? There are always going to be difficulties in enacting reforms. However, the Overseas Transfer Charge appears to be just as illogical as double-taxing people who live or retire in countries that have existing tax treaties with the UK. There are many sound financial planning reasons for transferring to a QROPS, such as currency, investment control, attractive transfer values, and succession planning. Perhaps advisers should consider adding a crystal ball to their collection of desk-top executive toys when trying to advise clients with confidence!