The starting point for your financial planning in France should be French tax and investment legislation. It is only by applying solutions that have been tried and tested in accordance with French regulations that you can be sure that the desired result will be achieved. As a French resident, you should begin the assessment of your tax position on the basis that all of your worldwide assets and sources of income are eligible for taxation in France.

The French system offers many incentives for investors in that there are numerous ways to mitigate tax exposure. These include the joint taxation of couples, various family allowances, along with exemptions, abatements, and deductions for different types of income. In addition, tax planning techniques are used to reduce levels of capital gains, wealth tax, and inheritance tax in France.

One of the most important aspects of living abroad is to understand which domestic products are appropriate in terms of financial planning. To this end, a number of banking and insurance products have been developed by Assurance Vie providers in order to help French residents structure their finances efficiently. For expats, the most effective of these is the Assurance Vie contract.

French life insurance products are structured as tax-efficient savings vehicles for medium to long-term investment. Regular and single premium investors living in France can benefit from capital gains and income tax concessions should they invest in an Assurance Vie policy.

This section examines three major taxes that impact expats in France and considers the use of Assurance Vie products to help protect assets:

View our video on Assurance Vie for wealth protection below:

1. Income tax and the advantages of Assurance Vie products

Assurance Vie products offer a number of incentives to savers: 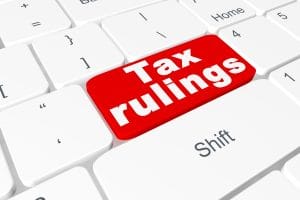 It is important to note that every time a withdrawal is made, the growth of the overall wrapper is calculated. Each withdrawal is thereafter considered to be part capital and part gain, using the same overall growth factor. Ultimately, it is the ‘gain element’ of the withdrawal that is subject to tax and not the whole withdrawal itself.

The tax treatment of French life insurance products is as follows:

Tax payable on withdrawals may be deducted at source by the insurer before any pay-out, or alternatively declared as again in your annual income tax return.

If you opt for deduction at source, the following Assurance Vie tax rates are levied on any gains:

It is still necessary to declare the withdrawal in your annual tax return. There is normally no further tax to be paid thereafter.

There is an annual tax-free allowance for withdrawals from policies after an 8-year investment term. This currently amounts to €4,600 for a single person and €9,200 for a couple; there is however a 17.2% social tax charge (to which the tax-free allowance does not apply).

From the 27th of September 2017, taxpayers who invest new premiums with an Assurance Vie provider will be taxed on gains in respect of withdrawals as follows:

Withdrawals declared as a gain in your annual income tax return

If you opt to declare your gains from your policy on your annual income tax return in France, you pay tax on them at your highest applicable rate; social taxes are also levied. If you have a limited annual income, this may be the best choice.

*Note: If you do not use an Assurance Vie you will pay either your top band rate income tax – or the new fixed-rate tax of 12.8% – plus 17.2% social taxes – on all gains, dividends & interest credited to your portfolio each year. These charges are levied even if you make no withdrawals. As such, if your objective is to have a long-term investment, it is generally in your interest to use an Assurance Vie wrapper.

2. The use of Assurance Vie products for wealth tax purposes

Residents of France are subject to wealth tax on their worldwide property assets and investments in real estate. This would include the primary residence, second homes, and rented properties. Non-residents are also liable for wealth tax, but only on the net value of assets physically situated in France, such as second homes.

There are a number of ways to reduce the level of wealth tax in France. Various items such as unpaid taxes, outstanding bank loans, and other debts can be deducted from the calculation. In addition, there is an allowance for the value of the main residence.

The best Assurance Vie providers also offer contracts that can be used as estate planning tools that protect assets when living in France.

The use of Assurance Vie for French inheritance tax planning

Being aware of your rights with regards to lifetime gifting, and understanding the legal options available in terms of the ownership of assets, enables you to reduce the burden of French inheritance tax. Assurance Vie contracts offer individuals certain inheritance tax planning incentives.

French inheritance tax and succession planning go hand in hand. Succession laws apply to the worldwide assets held by anyone domiciled in France. The tax liability falls on the beneficiary and is applied to all the bequests and inherited rights of the estate of the deceased. Succession law specifically protects children from being disenfranchised from their inheritance. Since the surviving spouse is not regarded as a “protected heir”, estate planning can become an extremely challenging exercise for many expatriate residents. Fortunately, a solution is at hand for the preservation and development of capital through the use of French life assurance vehicles.

The best Assurance Vie providers design products that offer shelter from the rules of “forced heirship”, making it a useful tool for spouses to transfer assets between one another and provide protection to the surviving partner in the event of death. The proceeds paid out from Assurance Vie policies are largely beyond the reach of French succession law. In the event of death, the proceeds of an Assurance Vie are distributed to the beneficiaries (net of social taxes). It is however potentially subject to French inheritance taxes. The following rules apply:

** Note: As of July 2011, beneficiaries of Assurance Vie contracts are no longer exempt from the 20% tax if the policyholder was non-resident in France at the date of subscription. There are also significant tax benefits to be had when bequeathing legacies to unrelated beneficiaries such as friends or step-children provided that such distributions have been made prior to the 70th birthday of the bequeather. After this age, the tax advantage is restricted to a total of €30,500 for all beneficiaries combined.

Whatever your marital situation, it is important to give thought to succession planning, in order to secure greater control over your estate, plan an orderly inheritance, and reduce the potential inheritance tax liability of inheritors.

If you would like further information on the best Assurance Vie providers in France, please download our guide by completing the form below.