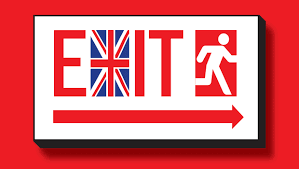 The meaning of Brexit may escape us all

Following the UK’s momentous decision to leave the EU, pundits and commentators enjoy a feeding frenzy in the media, hanging on every word uttered by the main players. The Prime Minister’s “Brexit means Brexit” statement was supposed to clear the air and unify the government position on events to come. Unfortunately, little appears to have been cleared up as more questions than answers emerge. Brexit means Brexit is a bit like saying ‘Boiled eggs means boiled eggs’. The problem is, how do you like your eggs? Soft or hard? Enough about eggs; let’s consider the consequences of Brexit for those living, working, and retired outside the UK.

The lurking shadow of inflation

With low growth in the UK, the devaluation of Sterling has been seen as a welcome reprieve. We’ve already seen Sterling weaken by circa 18% against the Euro and US Dollar. Stock markets have remained relatively strong worldwide after a brief hiccup; bond markets are still stifled by historically low interest rates, particularly in the UK. However, this experiment may prove to be a double-edged sword, with inflation being stoked. It will be a while before we know if the medicine is working as well as it used to.

DB pension schemes have been going through radical changes over the last 10 years. In the past, many advisers would have been sceptical about the transfer of a DB scheme elsewhere. This is no longer the case; DB pension fund deficits are at record highs, with companies constantly looking at ways to reduce benefits. For many, an opportunity has arisen due to low gilt yields whereby Cash Equivalent Transfer Values (CETVs) are being massively increased as an enticement for members to transfer. On the expat front, UK Pension transfers overseas will not suit everyone; however, many are taking advantage of these generous offers and looking to transfer their pensions to a QROPS.

The question of living/working rights for British citizens in the EU is also unclear. There are rumours of an EU-type passport being introduced for those already resident in the EU, which may be extended to UK residents who do not agree with the referendum’s result. One argument being put forward is that ‘freedom of movement’ is a right granted for life, which means that those who have already benefited from it can’t have that right removed.

A recent survey conducted by the Guardian observes that the number of Britons seeking citizenship in other EU countries has surged due to the Brexit vote, with some member states recording near tenfold increases on 2015 figures. Many of the applicants for citizenship in EU countries live and work abroad. They have enjoyed advantages such as the ‘freedom of movement’ that have come automatically with Britain’s EU membership and would like to keep them. They also wish to hold onto any social protections and pensions that they may have benefited from over the years and ensure that their right of residency will not be impacted in the future. At present, Britons do not need to give up their citizenship if they apply for citizenship in another member state. They are entitled to hold dual EU nationality, an arrangement that will remain in place at the point at which Britain leaves the EU.

Nationality is one of the many factors that decide someone’s domicile. It could dramatically affect how assets are passed on after death due to inheritance tax consequences. Many EU countries use ‘forced heirship’ rules regarding succession planning, wherein a pre-set formula is used to determine how an estate should be divided up. Britain uses a different model, based on what has been ever-changing UK legislation whereby everyone is entitled to pass on assets in accordance with instructions outlined in their will.

Make sure you are prepared

It is vitally important that expats keep abreast of the constantly changing political environment and try to maximise their financial position as the Brexit situation unfolds. A sound financial plan should be flexible so that it can be altered quickly and easily with as little cost and disruption as possible. Below is a 7-point plan for consideration:

It may take some time before we really know what Brexit means. That doesn’t mean we can’t prepare for various outcomes with our financial planning. A well-constructed and flexible plan can give you the edge and help reduce the effects of any nasty surprises that a hard Brexit might bring.