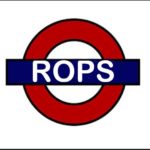 The rules relating to the taxation and regulation of overseas pension schemes are to be updated so that they are consistent with those of UK pensions. HM Revenue & Customs (HMRC) announced in a recent draft of the Finance Bill that as of April 2017, all recognised overseas pensions schemes (ROPS) located outside of the EU are required to obtain approval from the local regulator in the country where they are based. Failure to do so will result in their deregistration from the HMRC list. This list is a registrar of the various schemes available to UK citizens abroad.

The changes are part of a broader package of reforms for the treatment of overseas pensions. These include the taxation of income from pensions and the ‘eligibility criteria’ for ROPS to qualify as overseas pensions schemes.

ROPS, or QROPS as they were originally called, were launched in April 2006 as vehicles for the transfer of UK pensions overseas. These schemes were positioned to take advantage of legislation relating to the EU’s free movement of capital. As such, EU or EEA member countries with which the UK has a Double Taxation Agreement (DTA) qualify as suitable jurisdictions for establishing ROPS. Countries such as the US, India, and others with which the UK has a DTA also qualify for ROPS status.

The ROPS regime must mirror that of a regulated pension scheme in the UK. Benefits from the transferred funds, including lump-sum payments, may only be distributed from the official UK retirement age of 55.

Foremost amongst the proposed changes is the removal of the 70/30 rule. The legislation required that non-EU ROPS allocate 70% of funds to provide a member with an income for life. This rule had created an anomaly between ROPS from different jurisdictions. The scrapping of the 70/30 rule has created a level playing field, in that ROPS outside the EU will now be able to offer flexible access to pensions in line with UK pension freedoms, introduced in April 2015.

At present, only Malta-based ROPS offer the same unrestricted access to pensions that exist in the UK. Malta is thus in position to be the main benefactor from these changes.

Many jurisdictions have found HMRC rules relating to Recognised Overseas Pension Schemes incompatible with their own domestic pension legislation. The removal of the 70% rule is good news for ROPS registered in non-EU jurisdictions. These include locations such as the Isle of Man, Gibraltar, and Guernsey. This particular change will allow foreign pension schemes to align themselves with the UK. However, flexible access to pensions can only be adopted if the regulation in the jurisdiction is also changed. The aim is to ensure that ROPS comply with the new HMRC criteria.

French and Italian schemes removed from the ROPS list

Several French and Italian registered schemes were considered to be lacking in terms of compliance. These have now been removed from the ROPS list by HMRC.  11 French and 19 Italian pension schemes have been victims of the latest cull. The schemes in question were provided by well-known insurance companies such as Swiss Life, AXA, and Aviva.  In the case of France, current legislation allows scheme members to have access to their pension fund before the age of 55 in a number of exceptional circumstances. The de-listing of French and Italian schemes follows the de-registration of Australian and Canadian schemes earlier in the year for failing to meet the HMRC’s pension age test.

The trend for the establishment of ROPS around the world has continued over the last 10 years. UK governments have periodically intervened to clamp down on what they saw as incidents of ‘pension-busting’ and tax avoidance. These reforms are good news for the industry as they offer existing pension providers greater control over pension transfers. They will also ensure greater protection for ROPS holders.