You are here: Home / QROPS Spain / Pension transfer to Spain 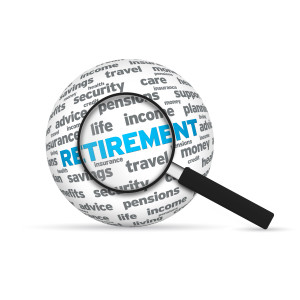 Despite the well documented economic issues experienced in Spain, expats still flock to the country to work and/or retire for many of the same reasons as pre-2008. The weather is still the same, the food and culture still as enriching and property prices and the cost of living are still as attractive as ever.

The relatively recent QROPS legislation makes living in Spain even more appealing for those who can take advantage of it. Pre 2006 anyone moving to Spain with UK pension plans had to accept the risks of retaining their UK pension plans in Britain. The sudden weakening of Sterling 2007 and 2009 caused severe financial turmoil for many British expats in Spain as the value of their pensions and savings effectively reduced by around 30% over that period. Thankfully Sterling has recovered since, although there are no guarantees it will remain that way, given that the UK has no intention of joining the Euro.

Additionally, Lifetime Allowance (LTA) legislation has put many in a perilous situation regarding future UK unrecoverable taxation on their pension plans. Although GBP1m might seem like a lot of money to have saved into a pension plan, the combined effect of cumulative interest growth on investments and an increasing awareness of having to invest as much as possible in one’s pension due to reducing state and company pension benefits, has meant that more and more people will be caught in this trap. And, there’s no getting out of it!

Fortunately QROPS legislation allows anyone with a UK pension plan to transfer to an authorised EU pension which can be denominated in Euros, thus eliminating currency risk. Such a transfer incurs no additional tax charge for amounts over GBP1m. Various territories outside the EU have created products which apparently solve these and others issues, however Malta has emerged as the favoured destination due to being a member state of the EU. As all EU member states have automatic Dual Taxation Treaties in place, the taxation of pensions will always arise in the country in which a person is tax resident.

Full QROPS benefits are achieved after an individual has been out of the UK for 5 full and consecutive UK tax years. This doesn’t mean you have to wait for 5 years before transferring to a QROPS if you are a recent emigre to Spain, but does mean that UK tax legislation still applies for the first 5 years; as such, any withdrawals have to be reported to HMRC. Caution has to be applied to your overall financial strategy if you are near to the LTA limit and haven’t been out of the UK for the full 5 years, however with careful planning it doesn’t have to be an issue. In fact, it can be a great opportunity for those who take a holistic approach to their planning.

By transferring to a QROPS in advance of retirement the LTA clock stops as the transfer is considered a Benefit Crystallisation event. All this means is no matter how much your QROPS increases in value from that point, and as long as the 5-year rule is observed, you escape the punitive withholding tax of 25% on withdrawals over and above GBP1m. So, no more punishments for making wise investment decisions.

On retirement, Spanish retirees can benefit from annuity legislation which separates the whole pension fund into income and capital. Depending on your personal situation, your effective tax rate on retirement can be as little as 4%. In Spain, the concept of an ‘annuity’ is different from the UK.  In the UK an annuity is a regular guaranteed payment provided by a traditional insurance company; it does however come with certain disadvantages. In Spain by contrast, an ‘annuity’ simply means the payment of a regular income without any restrictions as to where it emanates from. This means the fund can remain invested and always be owned by the retiree and family, rather than reverting to an insurance company on death.

As well as the annuity advantage, funds held within pensions are usually free of inheritance or succession taxes. An integrated financial plan should always be aware of any potential inheritance taxation. QROPS can play a vital role in making sure this element is maximised and covered for future generations.