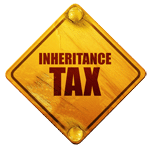 Spanish inheritance tax along with general tax legislation falls under the banner of Napoleonic law. Succession and gift tax, Impuesto sobre Sucesiones y Donaciones (ISD), apply to beneficiaries of gifts and inheritances for Spanish tax residents. ‘Forced heirship’ rules determine how you can divide an estate and what rate of tax applies to recipients. There are four categories of beneficiary, ranging from direct descendants such as children and adopted children to in-laws, step-children and ascendants.

Napoleon’s reason for creating new succession laws was mainly political. He aimed to break up land ownership amongst aristocrats into smaller packages, thus reducing power bases. Before these changes, succession legislation was complicated and open to abuse. The net effect was that aristocratic families hardly paid any Spanish inheritance tax and were able to retain their considerable interests in land ownership. Napoleon realised that by breaking up estates and imposing a levy on the proceeds after the death of the owner, many beneficiaries would choose to sell up or the law would force them to, due to not having sufficient liquid wealth to cover tax bills. The state then accepted ownership of land in place of tax liabilities; this meant that the balance of state and privately-owned land gradually changed. To this day, more land is state-owned in countries that practised forced heirship laws of succession; Spain is no exception.

Despite Napoleon’s attempts at simplifying succession laws, it is still a complex area. Expats who own assets in different countries will remain domiciled in their home country. Thankfully, Double Tax Treaties (DTT’s) exist within the EU and further afield to ensure that no-one pays tax twice on the same asset.

An example of how DTT’s work in practice would be that of a British Expat, who is tax resident in Spain but domiciled in the UK. This situation may arise as a result of the Expat not having lived outside of the UK for long enough, or perhaps retaining financial interests in the UK.

The problem with immovable assets

Property can present specific issues for beneficiaries as it is an immovable asset; there is thus no doubt as to where it is situated. Being domiciled in the UK means tax is payable on worldwide income and capital. This conflicts with Spanish legislation which insists that tax is paid on assets based in Spain if the owner is tax-resident there. The DTT will ensure that upon death, the deceased’s heirs won’t pay tax twice. However, the process is not straight-forward.

The Spanish and UK tax authorities do not discriminate in terms of who owns which assets when they dispatch tax bills. For cash and readily realisable savings and investments, this usually presents few problems. Non-liquid investments (including complexed UCIS funds) and property can, therefore, create problems for descendants similar to those faced by aristocratic families of 18th century France.

Having to sell a house, apartment or land in the UK to pay a Spanish inheritance tax or UK tax bill can present challenges. The market may have recently corrected, making it difficult to sell, or it may not be possible to sell at all due to oversupply or recessionary times. To further complicate matters, a mortgage lender might also push for the sale of a house to recover their loan. The tax authorities will still want their money; they rarely allow more than six months for the beneficiaries or estate to pay. 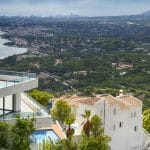 Understanding the ‘ins and outs’ of Spanish inheritance tax can be challenging for expatriates. Andalucia has always been considered a relatively high-taxed region of Spain. Things have been changing, however, perhaps spurred by tax competition between other Spanish regions and nearby Portugal.

2018 marked the first stage in the upheaval of inheritance and gift tax laws in the region. Previously, the tax-free allowance for class 1 and 2 beneficiaries (spouses, parents and children) was c. €250,000. Inherited funds over that amount were taxable at rates ranging from 30% to 80%+ in the case of an unrelated beneficiary with a high level of existing wealth.

The PSOE party have governed Andalucia for over forty years. Their grip on power has been on the decline in recent years coercing them into forming coalition agreements with right-wing parties, who insisted on tax reform in return for political support.

Consequently, the government took the welcome step of raising the Spanish inheritance tax exemption to €1m per beneficiary. However, critics would point out that the associated rule, which prohibited those with assets above €402,678 of being eligible for the new exemption, meant little had effectively changed. Smoke and mirrors!

One might question the value of a rise in reliefs (and consequent reduction in tax take) when the region, and country, need tax receipts to be as high as possible, due to the devastating effects of the financial crisis. Indeed, wealth tax, which was first imposed in 1979 as an emergency measure following the fall of Franco’s government, then abolished in 2008, only to be re-imposed in 2011, is also under the spotlight as some feel the adverse tax effects are worse and, in fact, reduce overall receipts. Existing legislation aims to eliminate Wealth Tax in 2020. All things being equal, this should go through, unless the politicians consider the country to be in a new state of emergency!

We live in an era of tax competition between countries; it is the same between the regions of Spain. The high tax regime in Andalucia has discouraged wealthier individuals from living, working or retiring to the area. It also has an impact on revenue from other sources such as transfer tax, IVA (VAT), income tax, corporation tax and property rates. The real consequences of Andalucia’s tax policy have been that wealthy people and companies prefer to base themselves in lower-taxed regions such as Valencia and Madrid.

Additionally, the favourable tax treatment of pensions and dividend income in Portugal has prompted many to relocate there. Italy is also getting in on the act by applying heavily-reduced property transfer tax, and other incentives, to try to repopulate dying communities.

Real changes to the legislation

On the 11th of April 2019, a further reform of Spanish inheritance tax (and other taxes) occurred. This time the smoke and mirrors were disposed of, and significant changes put in place. Andalucia has followed Madrid and Valencia (as well as many other regions) in introducing a discount of 99% of inheritance and gift tax liabilities. The €1m tax-free exemption still applies, but on this occasion it means something. So, anyone inheriting less than €1m pays zero Spanish inheritance tax. There will be a nominal tax rate of 1% for inheritances over €1m. Similarly, no charge will be payable on gifts, which compares highly favourably with the previous complex and penal system.

Spain, along with many other countries, is dealing with the demographic time-bomb caused by people living longer and fewer working, leading to a reduction in funds to pay for services. The change in the legislation is welcome. More money can now pass to future generations. As a result, individuals will rely less on state assistance.

One last bit of good news on Spanish inheritance tax: a consequence of the reduction in gift tax is that transferring property by deed of gift is now only subject to 1% tax, rather than the 8-10% pre-2019 rate.

The Spanish compliant bond as a tax-efficient investment vehicle

It has never been more important to take a holistic approach to financial planning. Any country can appear to be a high tax territory if we don’t take advantage of all available allowances and exemptions.

The new Spanish inheritance tax rules that apply to Andalucia, combined with proposed reductions in wealth tax help make the region an even more attractive place to live, work and retire. On top of that, you can also manage your investments in a highly tax-effective way by using a Spanish Compliant Bond,

Things to consider in terms of Spanish inheritance tax

Lastly, it is interesting to note that the DTT between Spain and the UK does not specify rules regarding Spanish inheritance tax and succession laws, other than confirming that individuals will not have to pay tax twice. There will always be exceptions to the rules as no two people have the same situation. However, with the correct advice, you will be able to create a tax strategy to cater for your overall financial position and family circumstances.

For further information on Spanish inheritance tax, please complete the form below: