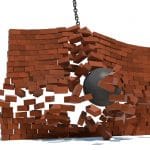 The collapse of Carillion has led to significant problems with the defined benefit pension scheme. Once again the politics of private enterprise providing public services has dominated the news. As it seems with everything politics-related, more heat than light has been produced with both main UK parties putting forward their points of view.

The collapse of Carillion has brought all this into sharp focus with pension scheme members rightly concerned about what will happen to their retirement benefits. Estimates of the Carillion pension deficit are in the range of 800 million; who knows what the final figure will be.

When a pension scheme is in difficulty, it is obliged to enter into an assessment period wherein the true state of affairs is established. Members do not have the option to transfer out of the scheme during this period. Although transferring might seem like an attractive option, there is a need for caution if/when the situation arises. As in the British Steel case, the sharks will be circling!

It could be argued that members would have been better off in a public sector scheme, as the government would not have allowed it to fail in the first place. However, tax-payers would have been unhappy with having to deal with yet another pension bailout. Unfortunately, money has to be found from somewhere for these problems!

Thankfully, the Pension Protection Fund (PPF) will come to the aid of some employees and pensioners as a result of the collapse of Carillion. Let’s have a look at some of the key points and rules relating to the PPF.

In the first instance, those who are already in receipt of their pensions will not be affected and will be able to claim 100% of their entitlements from the PPF. Similarly, anyone retired through ill health or who has already reached scheme retirement age, but is still working, will be protected at the 100% level. However, it is worth noting that future increases in payments, or indexation, might not be as generous as they would have been if Carillion had thrived.

The collapse of Carillion and the reduction in defined benefit pensions

Unfortunately, all other scheme members will have to accept lower benefits. The following rules apply:

Anyone nearing retirement age at Capita or other government service providers would be advised to take note.

The Financial Conduct Authority’s suitability guidance is that remaining in defined benefit schemes is in the member’s best interest in almost every case; this is the default position advisers must start with. However, given the current state of the British Steel, BHS, Carillion, (maybe Capita) and the many other distressed pension schemes situations, one could argue that a ‘one size fits all’ policy is faulty, lazy and misleading.

As advisers, we are required to treat every client case individually, as no two-people’s situation is ever the same. It begs the question therefore as to why defined benefit schemes are the exception.

When tragedies such as Carillion occur, someone has to pay for the damage done. In this case it looks like the PPF will cover pensions in accordance with their rules. This is financed by contributions from other pension schemes, de facto employers and employees who are members.

In essence, the 25% of schemes that are considered to be well-run and not in deficit have just as much responsibility to pay the Pension Protection Levy as those plundered by unscrupulous employers in the way Robert Maxwell emptied the Mirror Group scheme in the 80s!

In conclusion, whether public services are provided by nationalised or privatised organisations, it is the taxpayer who will end up footing the bill when things go wrong. Either by taxation or pension protection levies, it is ordinary members of pension schemes and their employers that suffer.

If your pension scheme is heading for choppy waters due to your employer being in trouble, and/or the deficit becoming uncontrollable, maybe it is time to have a look at your options and review your financial planning strategy. For those who live or have retired abroad, a transfer to either a QROPS or an international version of a SIPP may be the solution.