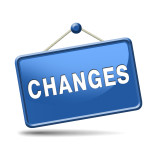 Whether you live in France, Spain, Canada, Australia, or some other far-flung region of the world, there are reasons to be cheerful for British expats about changes in the UK pension system. As we start the new UK Tax year, let’s take the opportunity to recap on some of the reforms and see how UK pension changes may affect you.

From 6 April 2015, the new ‘pensions flexibility’ rules remove restrictions on access to UK personal pensions for those aged 55 and above. This will make it easier to use your entire fund as you wish.  There is no longer an obligation to buy an annuity or put your money into drawdown. You can take a tax-free lump sum of up to 25% of your pension pot; however, you should note that all payments received over this amount are taxable as income in the UK.

The current regime wherein Pension Funds were designed to provide an income for life has been in existence since 1921. Continuing on the theme of relaxing UK pension rules, annuities have now come into the crosshairs of the Chancellor. The latest proposals will allow those in possession of annuities to sell them to a willing third-party buyer as of April 2016. This will enable the pension holder to have access to the proceeds of their annuity as a lump sum after the age of 55 and benefit from the same pension reforms that came into effect on 6 April 2015. Expats who were forced to buy an annuity in days gone past may regard this as a welcome development, as it will allow them to take flexible payments from their pension pots. However, it is important to note that individuals would be taxed at their marginal rates on the proceeds, whether taken as a lump sum or in the form of ‘income drawdown’.

The mechanics of this new reform have yet to be worked out. Where a pension holder finds a suitable buyer for their annuity, the pension/annuity provider would thereafter pay future payments to the new buyer. It remains to be seen whether there will be an option for expats to transfer the annuity made to a QROPS.

We are still none the wiser about the intention of HMRC on changes to QROPS regulations, despite a draft Statutory Instrument published by HMRC on 19th December 2014 suggesting that the option for 100% withdrawal of pensions for UK pensioners could be on the agenda. Statutory Instrument 673 was issued following a consultation period with the finance industry. It is referred to as ‘The Overseas Pension Schemes (Miscellaneous Amendments) Regulations 2015’, and focuses on the governance of QROPS and how they are applied. One of the key points of contention is whether QROPS should be allowed the same ‘freedoms’ as UK schemes from 6 April 2015.

The existing QROPS rules stipulate that overseas schemes should mirror those in the UK in that at least 70% of tax-relieved funds must be used to provide the individual with an income for life. Registered QROPS must report information to HMRC about individual members when they withdraw from their scheme within 91 days of the transfer being made. The aim is to monitor withdrawals from various QROPS jurisdictions and ensure that members do not enjoy excess tax relief when accessing their pension rights.

Having toyed with the idea of removing the 70% rule on the provision of a lifetime income for QROPS, HMRC has now thought better of it and announced that the 70% requirement would remain, albeit temporarily, until they can fine-tune the legislation.

Regulations vary according to the jurisdiction of the QROPS.  However, holders of QROPS in EU-based jurisdictions such as Malta can now benefit from full flexibility in terms of access to their pension pot.  Malta’s recent change of legislation will allow schemes to pay benefits in a similar way to that of the UK. This puts Malta in a commanding position as the jurisdiction of choice for QROPS until the position on the 70% rule is clarified.

On a longer-term basis, it is anticipated that all QROPS will eventually benefit from full flexibility. Until then, the decision on which QROPS to choose should consider how the individual intends to access their pension fund and whether the full pension flexibilities are required. Although the new requirements appear to have created some inconsistencies in the QROPS market, many good retirement planning opportunities remain.

Reasons to be cheerful