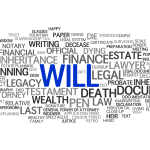 Where there’s a Spanish will, there’s a way to reduce inheritance taxes on your estate in Spain. “In this world, nothing can be said to be certain, except death and taxes”, so wrote Benjamin Franklin in 1789. These two events are often mutually exclusive. We pay our tax every year, but we only die once. However, the tax implications upon our death may linger for those we leave behind.

For the owners of property in Spain, having a Spanish will is an essential element of any tax-mitigation strategy. A properly prepared Spanish will allows property owners to choose to have the distribution of their estate based on their home country’s inheritance tax regulations rather than those in Spain.

Spanish succession and inheritance laws work on the principle of the ‘Law of Obligatory Heirs’, often known as ‘forced heirship’. For married couples, all assets are considered to be jointly owned (50/50). The situation on death, therefore, means that 50% of the value of a property would have to be distributed according to Spanish law, with children and parents coming higher in the pecking order than the surviving spouse.

For British owners, this could be particularly important as UK law is very different from that of Spain. In the UK, everyone is able to nominate how their estate is passed on and to whom. This means an estate could exclude all family members if the deceased so wishes. It may appear harsh, but it is completely legal.

A well-constructed Spanish will can help avoid this situation and allow the surviving spouse to remain in the property until his/her death, with the distribution to other heirs only happening after this time. It is therefore in the interest of expat’s to have a Spanish will written sooner rather than later. It is also important not to die ‘intestate’ as heirs will have no control over how the State applies succession and inheritance rules. In most cases, assets will be frozen, until the tax office gives the green light for distributions to be made.

The same applies to any other assets such as bank accounts, investments, pensions and land. Liquid funds can, of course, be easily encashed and distributed. However, non-liquid assets are more difficult to deal with as they rely on the sale of the property/land to fund any tax due by the heirs. The Spanish tax authority will demand payment within six months of death. There have been cases where beneficiaries are not able to pay until the sale is completed. This has inevitably led to complications for many people.

Estate planning is easier with a Spanish will 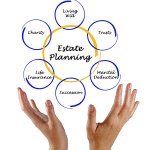 In the case of pensions and investments, the situation can be avoided by ensuring that a ‘Nomination of Beneficiaries’ form is correctly completed. The pension/investment provider will pay the proceeds directly to the named beneficiaries. The same situation occurs with Malta QROPS providers. There is, of course, a process to complete including the provision of certified death certificates and other administrative requirements. Assuming everything is in order, the distribution can be made almost instantly. This gives the heirs much more control over the whole process.

Many people invest in Spanish Compliant Bonds in order to help make this process run as smoothly as possible. There are significant tax benefits available to legally avoid savings income taxation; this is arguably a voluntary tax. Such bonds also have the facility to nominate beneficiaries in case of death. Beneficiaries can be added at any time or can be changed if desired.

It is necessary to speak to your financial adviser about your total wealth position, including all assets and liabilities. The adviser will be able to identify any weaknesses in your strategy and propose a way forward. A good adviser will be able to refer you to suitable professionals, including lawyers and tax consultants who have experience in helping international people arrange their affairs in the most effective way possible.

If you’d like to learn more about constructing a Spanish will or have questions on Spanish tax, please complete the form below.